FMCG firm Marico Ltd reported a decline of 2.84 per cent in its consolidated net profit to Rs 307 crore for the second quarter ended September, mainly due to losses on translation of foreign currency receivables and higher effective tax rate.

The company had posted a net profit of Rs 316 crore in the July-September period a year ago, according to a BSE filing.

Its revenue from operations was up 3.18 per cent at Rs 2,496 crore during the quarter under review. The same was at Rs 2,419 crore in the corresponding quarter of the previous year.

Marico’s profit was down “mainly due to losses on translation of foreign currency receivables and higher Effective Tax Rate (ETR),” said an earning statement by the company, which owns brands such as Parachute, Saffola and Hair & Care.

“The FMCG sector witnessed a volume decline for the fourth quarter in a row, with growth led by pricing. Demand sentiment was largely on similar lines as the preceding quarter and improved slightly only in the last month of the quarter,” said Marico.

“After a tepid Q1, the company recovered to post reasonable growth in domestic volumes on the back of healthier traction among urban and premium discretionary portfolios,” it said.

Among the sales channels, General Trade remained weak, while the divergence in rural and urban growth grew starker with the former reeling under persistent inflationary and liquidity pressures.

While modern trade channels and e-commerce grew in double digits, it added.

The company’s revenue from international sales was up 9.28 per cent to Rs 600 crore compared to Rs 549 crore in the second quarter of FY22.

On Outlook, Marico said in the domestic business, it will focus on driving penetration and market share gains across our portfolios and expect to deliver mid-single-digit volume growth in the second half.

“We will closely watch rural growth and are hopeful of a recovery,” said Marico adding, “gross margin should improve sequentially from Q3 as copra remains in the soft zone, while the recent volatility in vegetable oils keeps us watchful.”

In the international business, Marico said though there are macro risks in some markets, it is confident of maintaining the double-digit growth momentum in the coming quarters.

“Taking into account the quarterly gyrations of all cost line items, we would aim to deliver 18-19 per cent EBITDA margin in FY23,” it said.

Marico MD and CEO Saugata Gupta said: “We are hopeful of a much better performance in the core domestic portfolio in the second half of the year as macro indicators and the base turn more accommodative, while the new engines continue to deliver on their promise.” 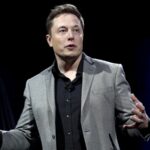 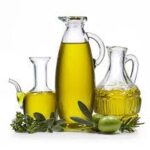