Reliance Retail, a unit of Indian oil-to-chemicals conglomerate Reliance Industries, is set to enter the salon business and is in talks to buy a 49% stake in Naturals Salon & Spa, the chief executive of the salon chain said in a social media post on Friday.

The existing promoters of Naturals Salon-parent, Groom India Salons & Spa, could continue running operations and Reliance’s funds would help expand its network of 700 salons in 20 states by four- to five-fold, the Economic Times had earlier reported, citing executives aware of the development.

“Reliance Retail is yet to acquire the 49% of Naturals’ stake,” Naturals CEO CK Kumaravel said in a LinkedIn post, sharing the ET report.

However, neither Kumaravel nor the ET report mentioned a deal value. Naturals and Reliance did not respond to requests for comment from Reuters.

Reliance’s deal for Naturals comes just weeks after it launched its first in-house premium fashion and lifestyle store, while media reports have said Reliance is advanced talks for the India rights to LVMH-owned beauty chain Sephora.

Salons were among the hardest hit businesses at the height of the COVID-19 pandemic. Naturals’ CEO Kumaravel even sought the government’s help in May 2020 to keep the chain afloat.

However, the salon business is bouncing back as people are venturing out to social events and offices more. 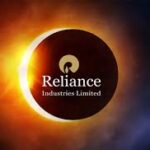