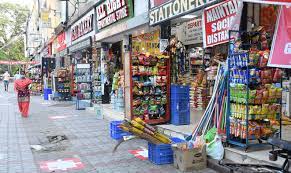 Large retailers, including Aditya Birla Fashion and Retail Ltd, and Devyani International, plan to continue to open stores at a brisk pace through the rest of the fiscal year after adding record stores in the September quarter as shoppers throng malls and stores, returning to normal patterns of behaviour.

Real estate consultants said that mall supply would also increase in the coming quarters. For instance, Devyani International, the largest franchisee of Yum Brands in India, maintained its store opening pace in the September quarter. The company that operates KFC and Pizza Hut outlets opened 88 net new stores in the period, its highest ever.

The company is on track to open 250 stores for the full year as planned. “So, as of now, we are staying with the same guidance, which is about roughly about 250 odd stores. We’ve seen a good quarter, and our pipeline is building up very strongly. So, we hope to expand on an aggressive basis,” Manish Dawar, chief financial officer and whole-time director of the company, said at the company’s post-earnings call with investors earlier this month. In all, the company operates 1,096 stores across more than 224 cities in India, Nigeria and Nepal.

Retailers, struck by covid in the early part of the pandemic, hit a pause on expansion plans as demand remained suspended for months due to intermittent lockdowns. However, things have started to pick up this year.

Abhishek Bansal, executive director of Pacific Group, which operates malls in Delhi-NCR, said retail activity in the second half of the current fiscal would be strong, especially in categories such as food and beverages and sportswear and family entertainment centres. Bansal expects retailers to continue occupying spaces in large malls.

Electronics brand BSH Home Appliances said retailers of home appliances are set to open more stores in 2023. The company, which sells washing machines and cooking appliances under Bosch, Siemens, and Gaggenau brands, will also add more branded stores to its network in the coming year. “In tier2 and tier3 cities, large, organized retailers are coming up with 10,000 sq ft to 20,000 sq ft stores. Those kinds of stores have not been seen in such cities. In 2023, their expansion could be faster than in 2022. This suits us. Additionally, we plan to expand our brand shop network from the present 117—it can touch 150 next year,” said Neeraj Bahl, managing director and CEO of BSH Home Appliances (India and SAARC). Softbank to sell Paytm stake worth $200 mn via block deal