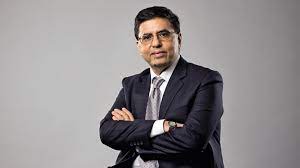 Hindustan Unilever, the country’s biggest consumer goods maker, has shortlisted possible chief executive candidates to take over from incumbent Sanjiv Mehta when he steps down from the role.

Mehta, 62, has been leading the local unit of Anglo-Dutch consumer firm Unilever since 2013 as its managing director and CEO. He was last reappointed for five years, until October next year.

Among the front-runners for the corner office include Rohit Jawa and Priya Nair, executives close to the development said. Jawa, currently the chief of transformation for Unilever, is the senior of the two and is seen internally as a strong contender. Nair is the global chief marketing officer of the beauty and wellbeing segment at the parent company.

There has been no official confirmation from HUL on succession planning.

An HUL spokesperson said the company “would not like to respond to rumour or speculation at a time when Sanjiv is actively leading the business”.

HUL has established itself as a CXO factory over the years, the spokesperson said, adding: “This has been enabled by robust and continuous leadership development and succession planning processes for our key talent and roles.”

CEO succession has traditionally been a two-horse race at HUL. Internal candidates are identified for the position and prepared accordingly by placing them in different challenging roles with profit and loss responsibility and global roles. Over the past few years, both Jawa and Nair have completed advanced management programmes at Harvard Business School.

“Jawa is working closely with Nitin Paranjpe, who took on a new role as chief transformation officer and chief people officer, leading the business transformation, and heading the HR function at Unilever,” said an executive.

An MBA in marketing from Faculty of Management Studies, Delhi, 57-year-old Jawa joined HUL in 1988 as a management trainee and has since held leadership roles across sales, marketing, transformation and general management within Unilever. Before taking up the current role at the parent, Jawa was executive vice president for North Asia and chairman of Unilever China, the company’s third largest market after the US and India. He has worked in India, Vietnam, Thailand, Singapore, the Philippines, Indonesia and China with a broad experience across home care, personal care and food sectors.

Fifty-year-old Nair is also being groomed for the role and if she gets the role, she would be the first woman CEO at HUL. Unilever has been focused on leadership and gender balance and had reported a gender balance at the management level in 2019 and 2020.

A 1995-batch MBA from Symbiosis Institute of Business Management, Pune, Nair joined HUL as a management trainee in the consumer insights team. Before moving to the parent company, she led both home care and beauty and personal care portfolios over the past decade at HUL. She had led the launch of HUL’s rural mobile marketing initiative, ‘Kan Khajura Tesan’, which received three Gold Lion awards at the 2014 Cannes Lions International Festival of Creativity.

He oversaw the Indian business outpacing Brazil to become the second largest market behind the US in terms of sales for Anglo-Dutch consumer products giant Unilever. In addition, HUL’s operating margins are at its highest ever at 23.8% now, jumping nearly 8 percentage points over the past nine years, even as sales doubled.

However, the near-term operating environment remains challenging for HUL, often considered to be a proxy for consumer sentiment in India. The FMCG market growth in the country is subdued with 5% value growth and nearly 7% volume decline during the quarter ended September.

“HUL’s initiatives of growing the core, premiumisation and market development to build new categories and digital and e-com portfolio in beauty and personal care and foods suggest it has the right to win. Though rising inflation remains a cause for concern, the management seems to be confident about maintaining margins at around 24%, given its cost-cutting project ‘Symphony’ in control,” Centrum analyst Shirish Pardeshi wrote in a recent investor note. 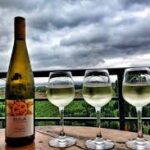 The launch of “Independence” by Reliance would cause disruption in the FMCG business. 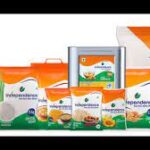