Puma, the manufacturer and designer of causal and athletic footwear, has roped in Bollywood actor and entrepreneur Anushka Sharma as its brand ambassador, said a press release issued by the company.

The association is intended to “accelerate Puma’s strong commitment towards women consumer segment”.

“Bold, fierce and outspoken Anushka is the perfect fit to be the face of Puma, whose platform Propah Lady celebrates today’s unapologetic woman who is unafraid to break stereotypes,” the company said.

The actor will endorse the brand’s footwear, apparel and accessories, including select collections through myriad activities and brand campaigns, throughout the year.

Commenting on her association with Puma, Sharma said, “I have been an admirer of the brand Puma as they have always pushed boundaries and celebrated women who embrace individuality, fashion, sports and fitness culture.”

“With this new association, I will be able to connect with and encourage more women to lead a fit and healthy lifestyle,” she added.

Speaking on the association, Abhishek Ganguly, Managing Director, Puma India and Southeast Asia, said, “Anushka is a true embodiment of what it means to be bold and unapologetically herself. As a brand, we strongly believe in supporting and enabling the determined spirit of women.”

On Monday, the brand announced ‘End of Season Sale’ promotions on its social media featuring images of the actor in its products. Anushka took to her social media and called out the brand for using her imagery only after onboarding her as a brand ambassador.In response, Puma posted an image of a proposal to make the partnership official. India is one among Starbucks’ top five growing markets. 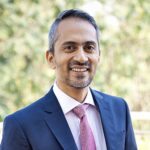