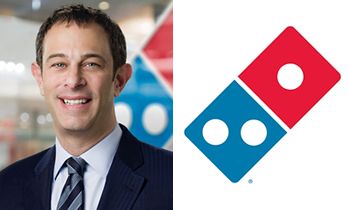 “This will give Domino’s a strategic edge over competition in the QSR domain,” Russell Weiner, chief executive officer of Domino’s Pizza, told ET.

He said inflation is one of the biggest concerns for the company globally as is the case with all consumer companies, but Domino’s is holding on to entry level price points as far as possible in India, which is its biggest market outside the US in terms of store growth and number of stores. “It is about offering value to consumers more than competitors,” Weiner said.

While Domino’s piloted food delivery in a big way in India, over the last few years, food aggregators such as Swiggy and Zomato have scaled rapidly across geographies, delivering varied cuisines by tying up with hundreds of restaurant brands including Domino’s.

Domino’s has rolled out 20-minute delivery in 20 zones across 14 cities in the country to start with.

Weiner said there are stores in countries where delivery timelines are even less than 20 minutes, adding that safety remains a core focus area that the company will not compromise on. “We will not give special incentives to riders to reach within the stipulated time, nor will we levy any penalty. All our e-bikes have speed governors which we monitor to ensure they are not over-speeding or taking short cuts,” he said. Several ecommerce companies, including Blinkit and Zepto, have been focusing on speedy deliveries to consumer’s doorsteps.

“Our next milestone for India is 2,000 Domino’s stores within a couple of years,” said Weiner who took over the top job in May. There are more than 1,700 Domino’s Pizza outlets in the country, operated by listed firm Jubilant Foodworks (JFL). JFL’s India managing director Sameer Khetrapal said the company has been testing and making pizza delivery faster for a while in markets where it has dense store support. “We will stick to our guidance of having 3,000 stores over the medium term. Overall, we have passed the Covid wave,” he said.

JFL also has exclusive operating rights in the country for two other global restaurant brands – Dunkin’ and Popeyes. It reported revenues of ₹1,301 crore in the quarter ended September, up 16.6% year on year, which it attributed to like-for-like growth, new stores and a combination of dine-in and takeaways.

During the quarter, the company entered 22 new cities to respond to fast-growing consumer demand as dine-ins made a comeback after two years of pandemic-induced curbs. It reported 9.76% increase in consolidated net profit at ₹131 crore for the quarter.

Domino’s is betting on regionalisation as it looks to expand its consumer base across the country. Examples include extensive use of mustard sauce in pizzas in East and use of gongura leaves in South. 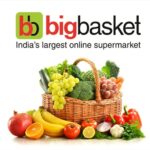 Tata Digital and other investors give BigBasket $200 million.

Delhi restaurants and cafés would be open until one in the morning, according to Lieutenant Governor VK Saxena 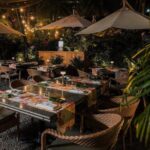