Multiplex operator PVR reported a weak Q2 on account of big tentpole Hindi films failing at the box office. Hollywood too saw a weak quarter due to limited releases.

The company, which is in the process of merging its business with INOX, is in the final leg of the National Company Law Tribunal (NCLT) process that will take another three months to complete, said Ajay Bijli, Chairman & Managing Director, PVR Limited during Q2 conference call.

The average gross collection of the top five Bollywood movies including Brahmastra and Laal Singh Chaddha for PVR dropped by 37 percent in Q2 FY23 at Rs 25.6 crore versus Q2 FY20, when the average collection was around Rs 41 crore (movies like Kabir Singh, Dream Girl, were released then

“Bollywood consistently underperformed in this quarter (Q2). We had a great lineup of films in Q2 but most of them did not connect with consumers as a result of which bulk of box office was impacted,” Nitin Sood, CFO, PVR, told Moneycontrol.

Bollywood was a no-show and Hollywood saw one of the worst quarters globally as there was no big-ticket content except Thor Love and Thunder. Overall, the gross collection of Hollywood movies dropped by 47 percent in Q2 FY23 at Rs 72.3 crore as compared to Q2 FY20 at Rs 135.2 crore.

The weak performance of films resulted in pricing experiments which PVR will continue in the coming quarters.

“When we started Q2, we were optimistic to sustain Q1 ATP (average ticket price) at Rs 250 but when films flopped you have to bring down pricing. We should be closer to Q1 pricing in Q3,” he said.

Along with the weak performance of Bollywood films, National Cinema Day eroded some of the ATP, said Gautam Dutta, CEO, PVR, during the conference call. He said that spending per head — which has also dropped to Rs 129 from Rs 134 in Q1 — will be in the range of Rs 135-140 mark in Q3.

On National Cinema Day on September 23, theatres across India, except the southern market, had offered movie tickets at Rs 75.

While movie tickets at Rs 75 led to one of the highest footfalls on September 23, Sood noted that pricing is not the only answer to bring back footfall. “Standalone pricing doesn’t work. A lot of films have opened with lower pricing like Goodbye with Rs 150; we experimented with Tiranga at Rs 100; some films were released at Rs 95 pricing but did not work, consumers did not show up,” he added.

Footfalls or admissions in Q2 fell to 1.8 crore from 2.5 crore in Q1. “Q3 has started on a good note with Ponniyin Selvan: I, Kantara doing well and Vikram Vedha and Doctor G performing decently. Hollywood releases would include Black Adams, Black Panther, and Avatar. If films fire up in November and December, the Q3 could look like where we were in Q1 in terms of footfalls,” said the CFO.

Yet, admissions will be lower than pre-COVID levels as footfalls were at 2.7 crore in Q1 FY20.Regional a hit, Bollywood a miss

Sood said that there will be hits and misses for the next six months.

“While the lineup is strong for Bollywood, the big challenge for Hindi films is that the content was conceptualized pre-pandemic and consumer taste has changed, so it is tricky. What is going on the floor right now is getting updated with how consumer taste has evolved. So, the big shift I see happening is all big films getting done in five languages and more pan-India films. Shah Rukh Khan’s Jawan, for instance, has Nayanthara and Vijay Sethupathi. A lot of south Indian films are now releasing as pan-India films,” he added.

In Q2, the gross box office contribution of regional movies increased to 44 percent from 28 percent in Q2 FY20 due to ventures like Sita Ramam, and Karthikeya 2, among others.

“Regional’s share should continue to be higher than pre-pandemic level. Kannada film industry is a big surprise,” said Sood.

Kamal Gianchandani, CEO, PVR Pictures, noted during the conference call that looking at the high traction for recently released Kantara, exhibitors urged producers of the film to dub it in Hindi and within two weeks the Hindi version of the film was released in cinema halls. “It is doing good business and exhibitors created incremental admissions,” he said.

However, the underperformance of Hindi films impacted all metrics, including advertising revenue.

“We were bullish about ad revenue recovery in Q2. However, given the fact that some of the bigger films did not fire up, it has taken a bit of a dent. It is at 62 percent of the 2019 number. The recovery percentage looks similar for Q3 as well. Q3 in 2019 was one of the biggest quarters with Rs 122 crore in ad revenue. By the end of FY23, ad revenue will be at around 72 percent recovery, given Q4 will march ahead of 2019 advertising numbers,” said Dutta.Sood said that it will take one or two more quarters for ad revenue to come back. “Advertisers would want to see box office performance before they start advertising in a big way,” he added. 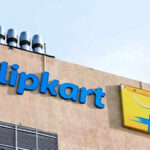 Carlton London expands its range of home furnishings on Flipkart