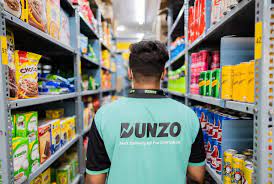 Hyperlocal delivery startup Dunzo is in advanced talks to raise $150-200 million from sovereign wealth funds based in the Middle East at a valuation unchanged from its previous funding round, or a flat round, people aware of the developments told FE. Sources added that Dunzo’s largest shareholders, Reliance Retail and Google, are unlikely to participate in the latest capital infusion.

The Abu Dhabi Investment Authority (ADIA), also an investor in Reliance Jio, is understood to most likely lead the round. There are also slim chances that Dunzo has held talks with Abu Dhabi Developmental Holding Company (ADQ), sources added. They, however, reiterated that Reliance Retail and Google, who hold about 25.58% stake and 18.54% in Dunzo respectively and are its largest shareholders, will not participate in the current fundraise.

“Dunzo has engaged with investors in the United Arab Emirates to raise between $150-200 million at a flat valuation. It may even be offered a very small premium but nothing needle moving,” one of the persons cited above said.Sources said that the fund raise is likely to conclude within the current month itself.Separately, another person said, “Dunzo’s revenue has been growing but the nature of the business is such that it needs to keep pumping in money and that’s mostly the reason why you won’t see existing investors pump in more money at the same valuation as last time. But ADIA looks like the easiest contender since it has already invested in Jio, a Reliance Industries company.”When contacted, Dunzo declined to comment on the matter.

Dunzo was last valued at around $750 million and the valuation will likely hold there during the current capital infusion. As reported earlier, with statups facing a tough time getting fresh funds, and the number of funding rounds also declining almost every month since the beginning of the calendar year, firms have no choice but to stick to valuations at which they last raised funds. Byju’s, Sequoia-backed direct-to-customer furniture manufacturer Wakefit; Tiger Global-backed edtech firm Classplus; K12 Techno Services, also backed by Sequoia; and Chiratae-backed CropIn — are looking to raise funds at their existing valuations.

Dunzo, which provides quick delivery of groceries and other items across 10 cities in the country, saw its total revenue go up to Rs 67.7 crore in financial year (FY) 2022 against 29.4 crore in the preceding fiscal. Its consolidated losses during the year jumped to Rs 464 crore from Rs 229 crore in FY21 due to doubling of expenses. It ended FY22 with negative operating cash flow of603 crore against Rs 209 crore in FY21. The rise in expenses most likely resulted in the company using up most of the $240 million that it raised in January from Reliance Retail, Lightbox, Lightrock, 3L Capital, Alteria Capital and others. While releasing the FY22 results, Dunzo had said the cash burn from its key businesses like Dunzo Daily, its quick commerce unit, and the hyperlocal delivery arm was “down by 50%” during the fiscal, but it did not provide the exact numbers. It had said that going forward, it would focus on “reducing burn in other categories and its focus on efficiency”.

The Kabeer Biswas-led startup has so far raised over $400 million from its investor. ADIA, established in 1976, is a global investment institution that invests funds on behalf of the government of Abu Dhabi. 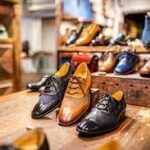 Footwear sales hint at a shift in taste 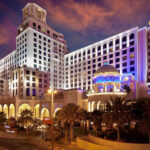