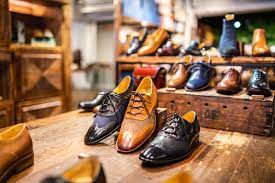 The footwear segment is witnessing a growing trend of premiumisation as the higher priced formal shoes, sportswear, sneakers, party wear have been selling well, but the mass segment is seeing a muted response from customers under the impact of high inflation.

Relaxo Footwear, which is primarily into affordable category slippers, sandals and sports & casual shoes posted its worst performance in the last 10 quarters, dragged down by high raw material cost, price cuts, and general demand weakness, for the quarter ended September 30.

“Affordability has been affected in the mass segment, and that was quite a big share of our business. Plus rural market in India is really suffering, so the purchasing power in rural market is more affected than urban India,” Ramesh Kumar Dua, managing director, Relaxo Footwear told analysts in a recent earnings call.

Additionally, Relaxo also had to take aggressive price correction during the quarter to arrest the volume erosion that it was witnessing due to sharp downgrading by customers moving to cheaper alternatives. According to Dua, when the prices were rising gradually, the company was forced to revise the prices upward. However, when the raw material started falling, the local industry was able to react much faster. Since Relaxo has a long supply chain and the sourcing is from overseas, it took longer for the company to revise prices downwards, which impacted sales.

However, Dua said that the price corrections are working well. “This price specialisation approach has been welcomed by distributor and customer, which would help us clear high-cost inventory in the coming quarter and ultimately improve our volume numbers going ahead,” said Dua.

Similarly, Metro Brands said that the company had already started seeing pressure on the mass segment footwear category after the GST hike of 700 basis points earlier this calendar year, and was “forced to exit” some categories. However, it continues to see good traction in the mid-to-premium range.

“We vacated quite a few price points because of the GST hike that happened at the turn of the calendar year. We were forced to with 700 basis points increase in GST rate. We continue to see demand for our products in the mid-to-premium range to be very strong,” Nissan Joseph, CEO, Metro Brands told analysts. He said that the company continues to see its biggest growth come from the over Rs 3,000 price range. Metro Brands reported a 47% y-o-y increase in revenue in the three months of July-September to Rs 476 crore, the operating margins expanded 110 basis points y-o-y to 31%, while the net profit increased 41% y-o-y to Rs 78 crore.

Gunjan Shah, managing director and CEO, Bata India also highlighted that the mass category “has gone through a lot more impact due to material related inflation as well as taxation change which was there do to with GST”, leading the company more towards selling premium products. Bata India reported a 35% y-o-y increase in revenue during the September 2022 quarter of nearly Rs 830 crore, and also 15% above pre-Covid levels. Gross margins expanded 210 basis points y-o-y to 55%, while the operating margins remained flat y-o-y at 19.4%.

“The premium categories Hush Puppies, the sneaker category led by North Star and Floatz have significantly outpaced and that also tells us that there is a certain kind of traction or a significant amount of traction that we see on the premium side and we will continue to participate,” Shah told analysts. 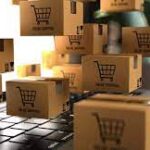 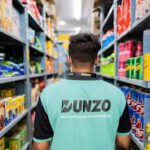