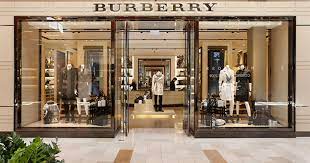 There’s just the small matter of a potential downturn in luxury—particularly in the US—to navigate.

While previous CEO Marco Gobbetti made progress in taking Burberry closer to the likes of Louis Vuitton and Dior, there is more work to do make the fashion house best known for its black, white, tan and red check into a super-luxe company.

Gobbetti and former designer Riccardo Tisci never achieved the sort of buzz that Alessandro Michele generated after he took control of the creative direction of Kering SA’s Gucci. But Akeroyd and Lee are capable of building on their predecessors’ platform—elevating the brand and adding the high fashion halo that has been missing.

Making more of Burberry’s Britishness —which is expected to be a key plank of Akeroyd’s strategy—is long overdue. Previous marketing and advertising efforts were disjointed. Focusing on Burberry’s heritage and made-in-Britain status should give the fashion house more of a coherent identity.

Akeroyd wants to broadly double sales of leather goods, shoes and women’s clothing and expand outerwear sales by 50% in the next three to five years. Longer term, he aims to increase accessories from 36% of sales to over 50%.

The new CEO’s goal is “good margin progression” on top of the 20% that Burberry already had in its plans. Leather goods are the profit drivers of the industry, with successful handbags generating gross margins of over 80%, so if the company can sell more It bags, that goal looks realistic. Apart from a formidable creative reputation, designer Daniel Lee also has a strong track record in leather goods. At Bottega Veneta, for example, he developed a number of best-selling handbags, such as the Cassette and the squishy Pouch. His shoes, such as his woven mules, sparked a rash of imitations across the high street.

Even so, there are perils that Burberry must watch out for. Akeroyd’s new strategy comes as the luxury boom—particularly in the US—is fading. While Burberry beat estimates for comparable sales growth in the first half, helped by tourists in Europe, it warned of recessionary risks in Europe and the US, where there is less demand for less expensive high-end items as more marginal luxury buyers begin to feel the pinch.

Meanwhile, to ensure Burberry meets its targets, the Chinese market needs to reopen. A crackdown on ostentatious luxury and a weakening housing market raise the question of just how strong top-end appetite will be when this happens. And Lee will need some time to work his magic. In the interlude, Burberry must compete for sales with the more muscular brands, from Kering and LVMH’s stable of fashion houses to a resurgent Prada SpA.

There is another potential pitfall: Excitement is high about Lee’s rejuvenation. He will unveil his first collection in February. Shares are up about 13% since his appointment in September. That is heaping a lot of pressure on the relatively young designer who left Bottega Veneta suddenly a year ago and now needs to get fashionistas buying Burberry again. Akeroyd will have to support him. Luckily, the group’s CEO has experience managing creative talent (never an easy job), such as that of Donatella Versace when he led Capri Holdings Ltd’s Versace.

There is a lot riding on this turnaround. If Akeroyd gets it right, then he has the chance to create a British luxury powerhouse—the country’s answer to LVMH. A successful revival could be a stepping stone to acquiring other heritage names, with Mulberry Group the most obvious candidate.

But if the CEO fails to generate sufficient traction, Burberry could be vulnerable to a takeover bid itself—from LVMH or Kering, which would be the better fit given its capabilities in fashion. Not only is Burberry one of the few high-end brands unencumbered by a family shareholding, but it had net cash of over £600 million at the end of the first half of its fiscal year to March 2023.

So, as CEO, Akeroyd needs to keep investors’ expectations in check—but he should not curb his ambitions for this British institution that’s yet to live up to its full potential. 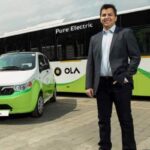 Ola Electric to charge up capacity to 4 mn; may roll out e-cars from 2024

Reliance Jio ‘Genuine 5G’ now in Delhi-NCR, the first administrator in the district to offer it 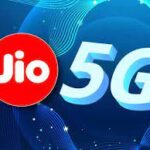