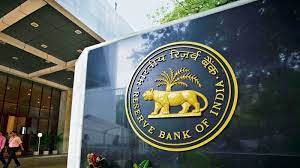 ARCs are awaiting clarity on the new guidelines issued by RBI last month, they added.

In October, the central bank issued revised guidelines mandating ARCs to carry out a background check of borrowers by an independent advisory committee, comprising professionals with technical, financial, and legal expertise. The committee will assess the financial situation of a borrower, such as the person’s projected earnings and cash flows, before recommending a settlement within a time frame. Thereafter, a board of directors, including at least two independent directors, will have to look into the recommendations and decide whether it is the best option available with the recovery agency.

The decisions and rationale behind such a settlement must be recorded in the minutes of board meetings, according to RBI.

ARCs said the new rule requires all small-value retail transactions to be vetted by a committee, and this has delayed the process. Currently, most retail bad loans are resolved via negotiated settlements with the borrower, as legal methods or the Securitisation and Reconstruction of Financial Assets and Enforcement of Security Interest Act, 2002, or Sarfaesi Act, do not yield results for the retail loan segment. “Secured and unsecured retail NPAs resolution is stalled considering that most of them happens through settlements. Calling a board meeting is an expensive affair. Even if all retail loan cases are clubbed together, the board will still find it difficult to approve these cases,” R.K. Bansal, managing director and chief executive, Edelweiss ARC, said.

While data on the total settlement amount by ARCs is not publicly available, a 2005 joint study by Asian Development Bank and the central government, showed that over 60% of NPAs held by ARCs are resolved through settlements. Typically, this kind of resolution takes only 1-1.5 years, compared to 1-10 years in case of legal remedies.

For Edelweiss ARC, around 7,300 unsecured retail loans were settled via negotiations, over 5,000 secured retail bad loans were secured via settlements with the borrower, and in 4,500 cases the amount was recovered by selling the assets. “Since most of the cases are handled through settlements, value maximization gets impacted if there are so many restrictions. Currently, ARCs take decision and if additional layers of scrutiny are introduced, it could cause delays in resolution,” said the head an ARC on the condition of anonymity.

Industry experts said the banking regulator may have come up with such restrictions after the recent income tax raids against six ARCs. Investigations have revealed that the ARCs adopted unfair and fraudulent trade practices to acquire the NPAs from lenders. However experts argued that the probe pertains to old cases, and regulations have since changed, allowing only cash settlements. 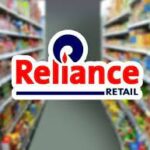