Luxury watch retailer Ethos, which stocks high-end brands such as Rolex, Carl F Bucherer, Girard-Perregaux, Bovet, Jaeger-Lecoultre, H Moser & CIE, Frederique Constant, is looking to open 35–40 stores in the next two years to its existing 49 outlets. A majority of these are likely to be operational over the next 18 months.

For new physical stores, Ethos has earmarked nearly ₹200 crore. It will add stores both in large cities where it already has a presence, as well as in newer cities such as Raipur, Bhubaneswar, Siliguri, Indore, Kochi, Surat, and Ranchi, chairman and founder Yashvardhan Saboo said.

In the last three years, the company has turned its focus on selling pricier watches and eliminated some brands at lower price points.

“We actively reduced our focus and portfolio for watches at entry level price points of below ₹30,000–40,000,” Saboo said. As a result, it no longer stocks brands such as the Fossil Group’s Armani and Fossil watches, Casio, Calvin Klein, and Swatch.

As it expanded its portfolio of luxury watches, it also shut down some of the smaller stores, especially at airports where a lot of the lower price point watches were selling.

“These stores did not provide any great customer selling experience, something that is becoming very important for luxury products; so, we closed several small stores,” Saboo said. The company opened larger luxury stores.

Currently, Ethos has stores in about 17 cities and nearly 61 luxury watch brands in its portfolio.

“Our growth is clearly coming from the higher price point watches. The consequence of this exercise (of reducing watches in lower priced brands) was that while the number of watches sold reduced, the average prices of watches sold has more than doubled in the last three to four years. It has risen from ₹75,000 to ₹1.6 lakh,” Saboo said. 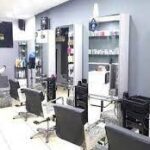 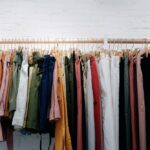