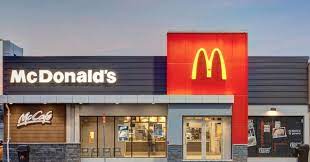 Westlife Foodworld, which operates McDonald’s outlets in south and west India, plans to add 250-300 stores, most of them in small towns, over the next five years and double sales to more than ₹4,000 crore.

In all, the company will invest ₹1,400 crore towards network expansion, re-imaging current stores, and investing in technology advancements.

As part of a five-year plan, Westlife Foodworld, which set up the first McDonald’s outlet in Mumbai in 1996, will operate 580-630 stores by 2027. This translates to a faster pace of annual store additions over the next five years compared to the previous five years. Work on the next 200 stores has already started, it said in a presentation outlining future growth plans on Friday.

The announcements were part of WFL’s Strategy Day, which outlined Vision 2027 for the company.

As of September 30, the company operated 337 McDonald’s restaurants across 52 cities in west and south India.

“Vision 2027 entails three levers—how we are going to grow AUV (average unit volume), how we are going to use AUV to grow and expand the network faster than ever before. And lastly, how that is going allow us to finally lead with performance,” Akshay Jatia, executive director, Westlife Foodworld Ltd, said addressing the press on Friday.

India’s eating-out market is estimated at ₹3.2 trillion; of this, organized retail accounts for 32%.

Top executives at the company said that consumers were showing a greater appetite towards ordering in; meanwhile, the rapid growth of Western-style fast food is also helping expand the eating-out market.

Westlife Foodworld will drive more consumption around meals, both lunch and dinner, apart from focussing on its core burger, chicken and coffee offerings to help drive growth.

“Meals are exactly where most of the consumer spending is going to reside. We’re going to work on capturing the market share further during the lunch and dinner part by maximizing our marketing,” Jatia further said.

Mealtimes will represent 67% of India’s dining out spending in the next five years. 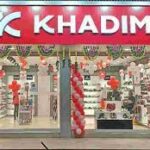 Khadim proceeds with its retail extension in Maharashtra 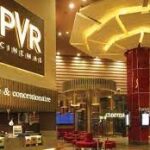