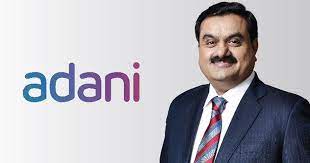 The Adani Group has increased the borrowing limit of its airport arm — Adani Airport Holdings (AAHL) — from Rs 14,000 crore to Rs 16,500 crore to fund the expansion of its eight airports across the country.

AAHL’s total borrowings stood at Rs 8,319.89 crore as on March 31 this year, according to its annual financial statement.

At least 90 per cent of these borrowings have been taken from other Adani Group companies such as Adani Enterprises, Adani Properties and Adani Rail Infra as inter corporate deposits at anywhere between 8 per cent and 13.5 per cent annual interest rate, according to the statement.

In May this year, AAHL said it has raised $250 million (about Rs 1,950 crore) through a three-year external commercial borrowing facility from Standard Chartered Bank and Barclays Bank. This comes with an option to raise an additional $200 million.

In a meeting with investors last month, the Adani Group had revealed its mega expansion plan for the eight airports. It would increase the commercial area in these terminals by three times and build multiplexes, hotels, hospitals and Legoland theme parks in the city side.

The passenger handling capacity at the Adani Group’s seven functional airports would increase from 31 million to 75 million by 2027, it had said.

On September 30, AAHL had organised an extraordinary general meeting wherein it allowed its board of directors to borrow — by way of loan, debentures, bonds and deposits from India or outside India.

This is “in addition to the temporary loans obtained from the company’s bankers in the ordinary course of business”. It is an aggregate amount of not more than Rs 16,500 crore, according to company documents reviewed by Business Standard.

“In order to finance increased business operations of the company, it will have to borrow from time to time in excess of the limit already approved by the members. Hence, it is proposed to increase the limit under Section 180(1)(c) of the Companies Act, 2013 from Rs 14,000 crore to Rs 16,500 crore. This is in excess of and in addition to the paid-up share capital, free reserves and securities premium of the company,” a company document added.

During Adani Enterprises’ earnings call on November 4, chief financial officer (CFO) Jugeshinder Singh said that city-side development of these airports will start bearing fruit from FY26. And, it would become a major part of the airport business from FY31.

After a competitive bidding process, the Adani Group won the rights to run all of them for 50 years. AAHL took control of these airports between October 2020 and November 2021.

In August 2020, the group acquired a 74 per cent stake from the GVK Group in MIAL — which operates the Mumbai airport.

The conglomerate took control of Mumbai airport in July 2021. MIAL owns NMIAL, which is currently constructing the Navi Mumbai airport. 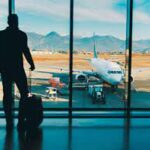 Ahead of Christmas, travel organizations see 50-60% increase in flight and lodging appointments 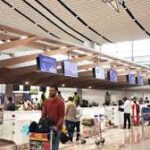