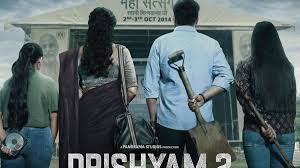 The Hindi film box office has finally picked up some steam in the past few weeks with three films—Uunchai, Bhediya and Drishyam 2—managing decent openings by crossing the ₹100 crore-mark.

The breather comes after months of lacklustre performance in theatres by big and small Bollywood films alike.

But trade experts said these handful of hits along with the bet on Rohit Shetty’s Cirkus, releasing later this month, will still result in a below-par 2022 for Bollywood, likely to be less than half pre-covid collections.

“The Hindi box office is in a terrible state compared to 2019 until when we were able to see a solid slate of good commercial films,” said Vishek Chauhan, an independent Bihar-based exhibitor.

While some recent hits have proven the audience is not averse to coming to cinemas, compared to the nearly ₹4,000 crore earnings of 2019, the current year is likely to wrap up with revenues of ₹1,500-2,000 crore, according to Chauhan.

For proof, director Sooraj Barjatya whose Uunchai made ₹1.75 crore on day one, had seen his previous film Prem Ratan Dhan Payo, clock in ₹39.32 crore on its first day in 2015. Chauhan put it down to the fading draw of stars.

“That said, franchises and established IPs are the way to go. All Bollywood hits post the pandemic, Sooryavanshi, Bhool Bhulaiyaa 2 and Drishyam 2, have been part of known franchises,” Chauhan said.

Film producer Girish Johar agreed recent hits clearly prove the theatrical market is not dead for Hindi cinema but said with less than a month left for the year to end, this just isn’t enough. “Some of these films also just make for weekend draw and not much afterwards,” Johar said.

In tier-II and tier-III towns, audiences accustomed to the convenience of home viewing are also finding ticket rates unreasonably high.

“The advantage for a film like Drishyam 2 was that tickets were affordable. Plus, the original Malayalam film wasn’t available in Hindi online,” said Pravin Chalikwar, director of Priti Cinemas in Maharashtra’s Parbani.

Chalikwar said Hrithik Roshan and Saif Ali Khan’s Vikram Vedha not finding a big draw may be attributed to the fact that the original Tamil film is already streaming online in Hindi. Further, while some films like Uunchai have only found acceptance in big metros, others like Brahmastra were dented by high ticket prices, putting off families and youngsters in small towns.

To be sure, several theatre owners are optimistic. “What we’ve seen with Uunchai and Drishyam 2 is that families and kids are coming back, which is a good trend. That is the only way films cross the ₹200-250 crore mark, not with youngsters or couples,” said Rajendar Singh Jyala, chief programming officer at INOX Leisure Ltd,

He has now pinned his hopes on Rohit Shetty’s Cirkus, besides Hollywood film Avatar: The Way of Water.

In the coming years, Lakme will increase the number of salons to two each week. 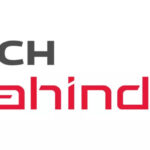