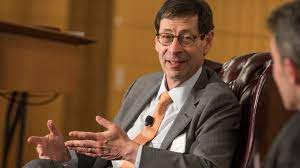 Maurice Obstfeld is former chief economist of the IMF and teaches at the University of California, Berkeley. Speaking to Srijana Mitra Das, he discusses world economic conditions — and India’s part in managing these:

What is the core of your research?
My most recent work focuses on the role of the dollar in the international monetary system and the impacts of a stronger dollar, which include lower global growth and particularly strong effects on emerging market economies.

Has the American economy escaped a possible recession now?
It’s too early to conclude the US is heading for a soft landing — that means accomplishing a falling inflation rate closer to its two percent target without significant unemployment. I’d still put the odds of notably lower growth in the US next year and a possible recession at better than 50-50. We are not out of the woods yet. Commentary suggesting otherwise isn’t analysing how entrenched inflation has become in the US economy.

How do you view the recent G20 summit?
The Indonesian G20 presidency deserves praise for the way it conducted meetings in an extremely difficult environment due to Russia’s regressive actions. The leaders’ meeting in Bali was very significant with a jointly agreed communique that rightly centre-staged the Russian invasion as a critical factor causing much greater difficulties for food and energy prices and inflation worldwide.

In terms of concrete initiatives, the record is not so good. There has been a lot of endorsement of the idea of richer countries providing more resources to promote climate resilience and adaptation globally but that hasn’t really happened yet. The framework the G20 pioneered regarding debt treatments for countries needing restructuring hasn’t progressed to a stage where it brings in the private sector most efficiently, covers a broad range of countries, including middle-income ones, or deals effectively with China.

What should India expect during its leadership of the G20 now?
Unfinished business from the Indonesian presidency remains high on the agenda. Also, some factors could grow more acute — if the Fed keeps raising interest rates and more emerging markets experience debt distress, the common framework will be an even larger problem. The continuing war in Ukraine will also be a critical factor. As G20 leader, India will have to forge unity on global problems including climate change, public health and financial stability — and it’ll have to navigate these crucial issues amidst tension between Russia and the rest of the world.

How are US-China ties developing?
Trade linkages between the US and China are not going in a positive direction. In light of wider global tensions, the US is taking actions to re-shore the chip industry and deprive China of key capacities which might be relevant for its defence capabilities and possibly go wider. China is also becoming more isolated — this goes beyond its relationship with the West. The Chinese regime has clamped down more broadly on the free market, including its own domestic tech industries. It’s become more insular with less interchange between Chinese central bank officials and Western officials. President Xi’s drive to consolidate political power in a very personal way can’t help but chill Chinese relations with the rest of the world economically — it is also impacting enterprise within the country.

How do you view the IMF’s analysis of India as a bright performer on a relatively dark global economic stage?
India has extremely strong fundamentals which are putting it in a position to become the world’s third largest economy measured by GDP in the next decade. It has a young labour force and significant human capital with very talented people. It’s undertaken reforms that are promoting investments in industry. Its warehousing reforms enable India to play a key role in global supply chains — altogether, that is a bright picture. Also, as China grows more isolated, India could benefit from that as well.

What kind of global coordination is needed to manage the climate crisis?
There should be adherence to prior and new commitments where rich countries financially aid developing economies to invest in green infrastructure, reduce dependence on fossil fuels and benefit from green technology innovations. This helps global prosperity by reversing climate degradation. It also fits the West’s geopolitical goals by reducing fossil fuel-based dependence on Russia and other oil exporters.

Another vital aspect is biodiversity and public health. The Indonesian G20 presidency offered hopes for a joint approach to financing public health initiatives globally, with a forum of finance and health ministers. There’s been progress in setting up a financial intermediary fund at the World Bank to support the best global public health projects. Yet, we haven’t advanced much in concrete terms even though climate change is promoting the emergence of new pathogens. Many policy makers are drawing the wrong conclusion about outbreaks being under control — the next pathogenic disaster could be far more dangerous. Unless we build global capacity to monitor and apply genomic analyses to pathogens inhabiting zoonotic reservoirs, we are basically sticking our heads in the sand. I hope the G20 will focus on this now. 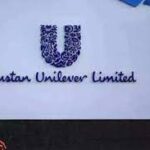 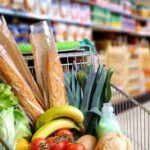