Several factors have played in favour of the sector. First, the increase in the number of weeks to eight from earlier four weeks for which films should be exhibited at theatres before releasing on streaming platforms was a timely move. The cumulative box office collection of Hindi films released in November 2022 was Rs 293 crore compared with Rs 286 crore in September and Rs 211 crore in October.

The other factor is a recovery in the in-cinema advertising, which has a higher profit margin. Third, increase in prices of food items in tandem with inflation and expansion in the food menu also boosted revenue of multiplexes.

Given these factors, ICRA expects multiplexes to improve profitability. It estimates that multiplex companies will record 16-18% margins in the second half of FY23 compared with 12-13% in the first half. For FY23, margins are expected to be between 14 and 16%.

A strong line-up of releases in the second half of FY23 offers hope. Star studded films such as Cirkus, A Man Called Otto, Kisi Ka Bhai Kisi Ki Jaan, Adipurush and Pathan are expected to draw viewers to theatres.

For FY23, ICRA estimates that the multiplex industry’s revenues will exceed pre-pandemic revenue in FY20 by 6-8% driven by 10-15% higher average ticket prices and 30-35% growth spend per person.

In the past month, stocks of PVR and Inox Leisure have gained 4.2% and 6.9% compared with 2.7% gain in the benchmark Nifty 50 index. After incurring losses for two consecutive fiscals, analysts estimate that multiplexes will turn profitable in FY23. For FY24, analysts estimate that earnings per share (EPS) of PVR and Inox Leisure may jump two-three times. 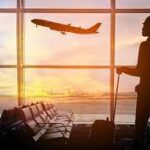 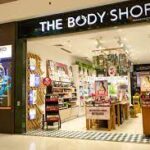