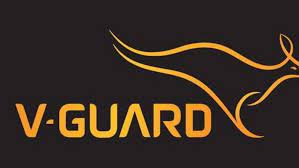 Electrical and home appliances player V-Guard Industries on Friday said it will acquire Sunflame Enterprises for Rs 660 crore in an all-cash deal.

The acquisition of the Delhi-based Sunflame will help V-Guard scale up its kitchen appliances business while also unlocking synergy benefits.

“We have entered into a definitive agreement to acquire 100 per cent stake of Sunflame Enterprises for Rs 660 crore in an all cash deal,” the Kochi-based company said in a statement.

Sunflame is a debt-free company and has around Rs 50 crore cash in-hand which does not include in the deal — implying the promoter of the selling company will take out that money before the deal is concluded. It had a top-line of Rs 350 crore in FY22.

The acquisition is in line with V-Guard’s strategy to become a significant player in the domestic kitchen appliances segment, it added.

Mithun Chittilappilly, Managing Director of V-Guard, said that the proposed acquisition is a key milestone in the company’s journey to have deeper engagement with its consumers by providing thoughtful products and experiences.

He said the transaction will be funded through a mix of internal accruals and debt without offering a breakup.

Further, he said that the deal is expected to provide significant thrust to V-Guard’s plans to become a leading kitchen appliances player.

Sunflame Managing Director KL Verma said that having started out in 1981, the brand has come a long way.

The deal is expected to be closed by mid-January 2023, Deepak Ramani, a partner at the Mumbai-based investment bank Singhi Advisors, which was the exclusive transaction advisor, told PTI.

Founded in 1977 by Kochouseph Chittilapilly, Mithun’s father, V-Guard Industries is a leading consumer electrical and electronics manufacturer and is a publicly traded company with revenue of Rs 3,498 crore in FY22. It operates through 32 branches and with over 50,000 channel partners. 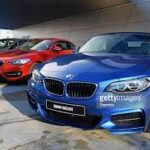 In India, BMW is expected to lead record sales in 2022. 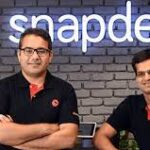