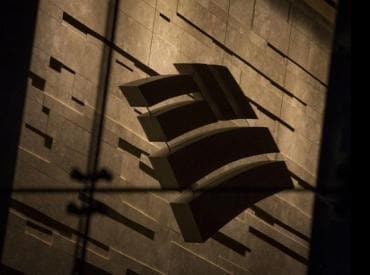 India could attract close to $10 billion in renewable energy investment in 2023, a bright spot as public markets remain largely shut to big-ticket capital raising, according to Bank of America Corp.’s top executives in the country.

Deals and investments will continue to flow into areas such as electric vehicles and green hydrogen, Kaku Nakhate, the lender’s president and India country head, said in an interview, as investors look to reflect the energy transition in their portfolios.

“If you really have to get your ESG story right, and if you are into energy, then you can do large pieces of work in India,” Nakhate said.

Sectors such as renewable energy and retail are set to benefit as India pulls ahead of emerging market rivals in attracting overseas investors. Even as dealmaking globally has been hit by rising interest rates and market volatility, the South Asian nation’s geopolitical stability helps position it for greater inflows.

“People take us seriously,” she said. “That’s why we are seeing more sustainability funds that want to invest in India.”

The bank will continue to build out its distressed debt financing business in the renewable energy sector, which has generated double-digit returns, she said.

Along with green investment, Nakhate predicts an increase in dealmaking in consumer brands, which are supported by rising per capita income and spending.

“If you want to play the India story, you will want a mix of brands to enjoy the distribution story,” Nakhate said.

The bank also expects India to benefit from so-called friend-shoring by companies that are rethinking their supply chains, disrupted by Covid and the Ukraine war, Nakhate said. India, with its democratic traditions and robust domestic markets, is well suited to attract this capital, Nakhate said.

The optimism is offset by the picture in initial public offerings. Though first-time share sale volumes plunged globally in the year to date, India’s decline of nearly 60% versus the same period in 2021 outpaced the worldwide slump, data complied by Bloomberg show.

Bank of America doesn’t plan to make significant hires in the coming year in India, Nakhate said, as investment banks worldwide have cut back on staff and bonuses. A local exception is Kotak Mahindra Bank Ltd.’s investment banking arm, which is planning to hire about 20 bankers as it bets on a rebound in deals activity next year, Chief Executive Officer S Ramesh told Bloomberg News in an interview last month.

Large IPOs of $1 billion or more likely won’t return until the end of 2023 or into 2024, according to Subhrajit Roy, India head for global capital markets at Bank of America. Yet the market could see medium-sized listings as soon as the middle of next year, he said.

“It is early days of a turn of risk appetite for both companies and investors,” Roy said.

The market isn’t entirely devoid of activity. About $6.6 billion worth of block trades have been announced in India this year, representing nearly 28% of the Asia-wide total, according to data compiled by Bloomberg.

The crop of IPOs starting in the second half of 2023 could include five or six tech companies, he said. 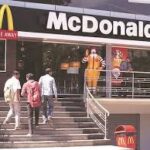 McDonald’s will increase its shop count in North and East India and hire 5,000 more employees.

Retailers and malls devise a new sales strategy despite the wintertime delay. 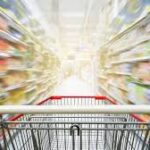