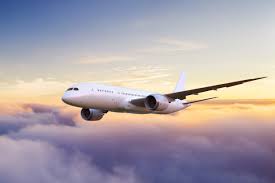 MUMBAI: The Mumbai airport handled a record-breaking 1.11 lakh domestic passengers in 24 hours on December 10— the highest volume of domestic passengers ever handled in its history, according to data shared by the Mumbai International Airport Ltd (MIAL). It broke the previous single-day record of 1.06 lakh domestic passengers handled pre-pandemic on December 22, 2017.
Post the winter of 2017, Mumbai airport would have handled higher passenger volumes had Jet Airways, the sole airline based out of the second busiest airport of India not started cutting flights. Jet finally suspended flight operations in April 2019. While its slots were redistributed to other airlines and passenger traffic was expected to pick up the following year, pandemic hit and the numbers crashed, much worse this time around.
After a rather long recovery period then, Mumbai airport’s domestic passenger traffic numbers have recovered from their dual debacle events of Jet Airways closure and the pandemic to touch a record level. “The numbers are an indicator of passenger volumes to be witnessed in the coming weeks, especially the last week of the year. We expect record numbers on December 24 and probably again on January 1,” said an airline official, requesting anonymity.
When international passengers too are counted, December 10 saw 1.5 lakh passengers land or depart from the Mumbai airport, a record high if post-pandemic traffic numbers are considered. Across the country, it was on Sunday, December 11 that airports saw record high numbers of passengers, what with 4.27 lakh passengers taking domestic flights. In December 2019, 4.21 lakh passengers flew per day.
The high passenger volumes have led to longer wait times at security counters at the Mumbai airport. Among the initiatives put in place to manage the surge in passengers at Mumbai airport is the “Passenger Flow and Queue Monitoring System”, which is a digital tool used by the airport operation team to monitor passenger footfalls in the security processing zone, said MIAL. “On ground terminal operation teams are deployed at pre-security check for security restricted articles removal to reduce the rejection rates at Automated Tray Retrieval System (ATRS). Staff deployed at the end of the ATRS machines ensure quick turnaround for security trays,” said MIAL. At the Mumbai airport, domestic and international passengers clear security at the same check point. “Terminal duty managers are present at security check prioritize senior citizens and passengers with a child in arm in coordination with CISF,” said the airport. 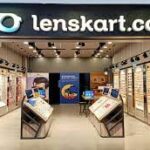 At a valuation of $4.5 billion, ADIA intends to invest $400 million in Lenskart. 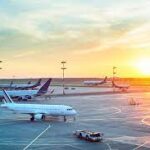