Multiplex chain PVR Cinemas plans to build on its luxury portfolio, seeing potential in the segment as the economy grows and people demand better outdoor entertainment experiences. The Ajay Bijli-owned company that has tied up with French exhibitor CGR Cinemas to bring its high-end ICE THEATERS format to India, opened its first such properties in Delhi and Gurugram on Friday with two more scheduled to come up in Mumbai and Bengaluru by February.

The ICE THEATER format includes side panels which along with the main screen, create a peripheral vision, giving a sense of enhanced immersion with a background contrast of colours and motion. Internationally, films like Doctor Strange in the Multiverse of Madness, The Batman, Fantastic Beasts: The Secrets of Dumbledore, Top Gun: Maverick and Morbius have released in ICE THEATERS in this high-end format.

“We identified this format as one that we could bring to India in order to encourage audiences to come watch films on the big screen. The luxury segment is currently less than 10% of our overall portfolio but will be an important part of our growth story, going forward,” Sanjeev Bijli, joint managing director, PVR Ltd said in an interview. The company has already identified Ahmedabad, Bengaluru and Pune as markets where the ICE THEATERS will come up by next year, after which the company will take a call on future plans. Average ticket prices for cinemas in this format will be 20% higher than regular ones, Bijli said. These could range from Rs. 450-500 on weekends and Rs. 250-400 on weekdays. The technology will require around Rs. 1.8 crore for deployment per cinema.

With a total of 846 screens, PVR already offers premium formats such as IMAX, 4DX, Playhouse, Gold, LUXE, PXL, ONYX, Drive-in and Director’s Cut in India. This April, PVR Cinemas had also tied up with French cinema architectural design company Ōma Cinema to design new, premium theatres for Indian audiences which will come with unique tiered balconies or ‘pods,’ similar to those in opera houses to provide safe, intimate cinema viewing experiences. Bijli said the chain is still working with the French company’s architects and believes format will help build the community viewing experience in the country.

Bijli said unlike other large formats such as IMAX, the process of conversion of film content in order to be played in ICE THEATERS is pretty simple. While the format is launching with James Cameron’s Avatar- The Way of Water this weekend, upcoming international and local films such as Mission: Impossible 8, Shazam! Fury of the Gods, Cirkus, Pathaan and Shehzada will also be available in these cinemas, eliminating the possibility of challenges with respect to content.

Jocelyn Bouyssy, managing director at ICE THEATERS said this partnership allows the French company to reach new audiences. “It is also an opportunity to broaden our immersive experience to the Indian movie-making industry and undertake Bollywood movies post-production, with the promise to deliver 20 Indian titles per year in ICE IMMERSIVE format,” Bouyssy said in a statement. 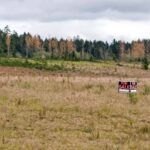 The Phoenix Mills purchases 7.22 acres of land in Surat for Rs. 510 crore.

Why Reliance Retail is superior to established FMCG firms