Citigroup Inc reached an agreement with all 10 Revlon Inc lenders it mistakenly paid about $500 million on a loan, ending litigation of more than two years, a court document showed on Friday.

Citigroup, as Revlon’s loan agent, had accidentally used its own money in August 2020 to prematurely pay off an $894 million loan owed by billionaire Ronald Perelman’s now-bankrupt cosmetics company.

Some of the recipients returned their payouts to Citi after realizing the mistake, which the U.S. bank blamed on human error, but the 10 lenders had refused, saying the bank paid what they were owed.

“About three quarters of the mistaken payments have now been returned to Citibank,” lawyers for both Citigroup and the lenders said in a letter to a federal judge.

Citibank expects to file notices of dismissal in the coming weeks if payments are made as per the agreement, the document said.

Friday’s resolution ends more than two years of litigation by Citigroup against Brigade Capital Management, HPS Investment Partners, Symphony Asset Management and the other lenders, over a blunder that the bank’s chief executive, Jane Fraser, called a “massive, unforced error.” 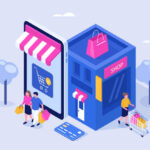 Zippo predicts substantial double-digit growth over the next five years, with a target of 50% revenue growth in 2023.