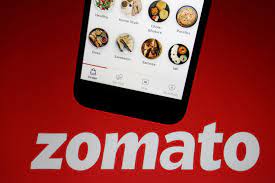 As people geared up to celebrate New Year’s Eve, food delivery platforms Zomato and Swiggy said they had recorded a massive surge in orders on December 31.

Zomato chief executive Deepinder Goyal urged customers to order in early to avoid the year-end rush and cautioned against a potential crash in its servers.

In a separate tweet about the order volumes on New Year’s Eve, he said, “45% up since last year, so far!! Seems like we will hit crazy milestones today. IF we manage to stay alive. Nervous AF.”

Goyal said he would also step out to deliver a few orders.

Sharing an interesting statistic, Goyal said, “16,514 biryanis (roughly 15 tonnes that is?) on the way to where they belong right now. Big thank you to our beloved delivery partners for bringing delight to India’s beautiful people.”

Meanwhile, Albinder Dhindsa, the CEO of Zomato-owned quick commerce platform Blinkit, said that as of 5.45 pm on December 31, some in Bengaluru had placed the biggest party order worth Rs 28,962.

“56,437 chips are en route right now and should be delivered in the next 9 mins,” Dhindsa said in a tweet.

Its founder and CEO Sriharsha Majety said the company had already delivered over 1.3 million orders as of 6.33 pm.

“The party is already off to a fast start – we have already delivered over 1.3 million orders and counting. Our fleet & restaurant partners are geared up to make this NYE unforgettable. Pro-tip: order early to beat the rush!” he tweeted.

The party is already off to a fast start – we have already delivered over 1.3 million orders and counting. Our flee… https://t.co/RBibRt6vNW&mdash; Sriharsha Majety (@harshamjty) 1672491785000

As per a tweet from Swiggy’s official Twitter handle, it recorded orders of 176,000 packets of chips on its grocery delivery platform Swiggy Instamart as of 7 pm on Saturday.