Domestic air passenger traffic was at 12.9 million in December, the highest since January 2020, according to government data.

Traditionally, the October-December period is a strong quarter due to the festive holiday season.

Positive sentiments for travel resulted in airlines registering strong passenger load factor or over 80% capacity utilisation in December. Flight departure for the month stood at around 2,800 or at 98% of pre-covid levels. Passengers paid 30-40% more on air fares compared to the year-ago period.

“The rebound in air traffic is consistent and gaining steam with each passing month. The good numbers in December are on the backdrop of the holiday season, and is usually a busy month. We expect January to clock 12-12.5 million on domestic routes,” Jagannarayan Padmanabhan, director, consulting, Crisil Market Intelligence and Analytics, said.

Air fares were expensive on account of high demand and capacity constraints as airlines faced shortage of engines and aircraft, as well as elevated jet fuel prices. A volatile rupee is also a threat to an airline’s cost structure, considering that jet fuel, maintenance and aircraft overhauling are dollar-dominated. While aviation turbine fuel price was cut by ₹2,775 per kilolitre, or 2.3% sequentially to ₹1,17,587.64 a kl in December, fuel cost is still higher by around 53% from the year ago.

“While airlines have been increasing yields, in Icra’s view, it has not been adequate to offset the impact of rising ATF prices. Earnings recovery for domestic airlines will be slow-paced due to elevated ATF prices in addition to the rupee depreciation against the US$ amid a heightened competitive environment,” Icra said in a note.

Delay in delivery of aircraft components and spares, and engines, is expected to further impact the sector.

Shortage of titanium due to the Russia-Ukraine war hit the aerospace industry worldwide since February.

Titanium is used in both Boeing and Airbus aircraft and engine parts. In India, around 13% of the fleet continued to be grounded and limited capacity may result in higher air fares if demand maintains its uptrend in the March quarter, an analyst said, seeking anonymity. 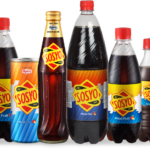 50% of Sosyo Hajoori Beverages will be acquired by Reliance arm.