R S Sodhi has stepped down from the post of the Managing Director of the Gujarat Co-operative Milk Marketing Federation Ltd (GCMMF), popularly known through its brand name ‘Amul’. The position has been given to Jayen Mehta, the COO of GCMMF. A Moneycontrol report said Mehta has been given only temporary charge.

Sodhi had been the Managing Director of the dairy sector cooperative giant since June 2010.

Sodhi has done his MBA from the Institute of Rural Management Anand (IRMA) and started his career as Senior Manager Sales in Amul.

While the reason for the sudden move could not be immediately ascertained, Sodhi said he was on an extension and had requested the board to relieve him from the responsibility of the MD.

At the federation’s board meeting held at the premises of AmulFed dairy in Gandhinagar on Monday, it was decided to end the services of Sodhi.

The communication was signed by the federation’s chairman Shamalbhai Patel and Vice Chairman Valamjibhai Humbal.

Sodhi said he is ”very happy” with the federation’s decision and refuted some reports which suggested that he has been ”sacked” and his office has been ”sealed”.

”My term as MD ended two years back and I was on extension. I had requested the board to relieve me from this responsibility. The board had told me to wait for some time saying they will relieve me once they find a suitable replacement” Sodhi told reporters.

”When I again requested the GCMMF board to relieve me, they finally accepted my request and relieved me today. It was my own decision to step down and I am very happy today” he said.

Sodhi, who has been working with the federation for more than 40 years, served as the MD for 12 years. 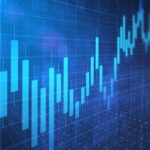 Sensex celebrates its biggest session since the start of 2023, increasing investors’ wealth by more over 3.24 lakh crore in a single day.

For $316.7 million, Airtel Africa purchases spectrum for 4G and 5G. 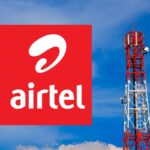