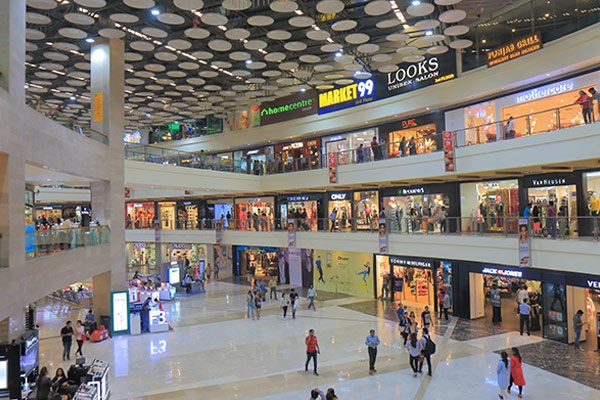 Shopping at brick-and-mortar stores and eating out slowed down in November and December, on a sequential basis, as demand eased after a strong festive season, analysts and executives said. However, retailers and restaurant chains are upbeat about future prospects and look to press on with their expansion plans.

“Demand momentum started waning in November and December. The retail sector recorded healthy performance in the July-September quarter on the back of strong recovery in footfalls surpassing pre-Covid levels and pre-festive buying. The October-December quarter also started on a steady note with strong demand offtake during Navratri-Diwali in October. But demand started to taper off November onwards,” ICICI Securities said in a report on Tuesday.

Kumar Rajagopalan, chief executive of Retailers Association of India (RAI), said while October and November witnessed 17% growth, it couldn’t be termed as spectacular.

“Inflation-led worries have dampened the ability of some customers to purchase discretionary products,” he said.

The QSR (quick service restaurant) and fine-dine sectors had pinned hopes on the October-December quarter after two pandemic-hit years and forecast more than 100% year-on-year increase in the quarter.

“With the pent-up demand easing and inflation eating into the savings, the QSR industry faces a sudden, sharp moderation in business from November,” Kotak Institutional Equities said in a report.

The report forecast that average daily sales in the third quarter would be flat quarter-on-quarter, as against the usual uptick of 5-6%. “Weaker-than-estimated average daily traction, coupled with inflationary pressure in dairy and agri commodities such as wheat flour, could result in sequential decline of margins for quick service companies in the December quarter,” the report added.

“The month of November definitely saw a distinct slowing of demand, because of multiple reasons such as weddings where people opted for private celebrations and high pollution levels specially in the North when people opted to stay indoors. But December has seen a healthy revival,” said Kabir Suri, president of National Restaurant Association of India (NRAI) and cofounder of Azure Hospitality, the company that operates Mamagoto and Foxtrot restaurant brands.

JFL, India’s largest QSR chain, said in a management commentary that despite steep inflation it would continue to hold prices so as not to impact demand especially at entry-level price points.

Executives representing the dining-out sector said they saw a slowdown in November but sales picked up the following month.

Despite the challenging environment, retailers and restaurant chains such as Titan, Domino’s, Bata, V-Mart, Olive and Impressario said they would continue expansion of their store network.

“We saw slowing sales in November, also because there were a lot of weddings which saw more of private celebrations, and people not going to dine out as much. However, we saw good momentum in December, which is also party season,” said Riyaaz Amlani, managing director at Impresario Handmade Restaurants, which runs Social, Smoke House Deli and Salt Water Cafe. He said expansion plans are on track, following Piramal Enterprises and Bain Capital-backed India Resurgence Fund (IndiaRF) investing Rs 550 crore in Impresario two months ago.

“There are all sorts of factors affecting business today, but we are hopeful that the strength of consumer demand can minimise the impact of any downturn,” said AD Singh, founder and managing director, Olive group of restaurants, which operates Olive Bar & Kitchen, SodaBottleOpenerwala and Toast & Tonic.

India’s retail industry, which witnessed 19% sales growth in the period between April and November last year, when compared to the same pre-pandemic period in 2019, too expects to grow better in the mid to long term, executives said. “However, the coronavirus worry still looms large and inflation has created headwinds for retail. The occasion-wear market such as festivals and weddings will thrive in the country if no Covid-19 restrictions are introduced,” said Rajagopalan.

To keep the sale momentum going, many malls have started 50% sales by tying up with brands.

“After Diwali, sales were good due to the wedding season, but then there was a bit of slowdown. Winter also came late, which impacted sales in December. However, in January we are expecting improvement and good sales till Republic Day,” said Lalit Agarwal, chairman, V-Mart. 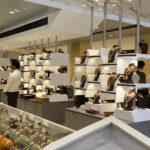