Samsung India Electronics, on Thursday, said it is reviewing the show cause notice issued by the Directorate of Revenue Intelligence (DRI) for customs duty evasion. The agency has asked the company why it should not recover Rs 1728.47 crore as duty along with interest from the South Korean company after a case was registered against the company over import of remote radio heads, a networking device.

“This is a tax dispute involving interpretation of law. We are reviewing the notice and are exploring legal opinion,” a Samsung India spokesperson told ET without giving any further details.

The DRI has also issued a show cause notice to PricewaterhouseCoopers Pvt Ltd (PwC), who was engaged by Samsung India for classification of the network equipment under scanner.

The agency claims Samsung has been importing the equipment since January 2018, with a total accessible value of Rs 6,72,821 crore. It said 219 bills of entry for import of the RRH were cleared by Samsung between January 2018 and July 2021, wherein they were self-assessed and cleared at nil basic customs duty.

ET reported that Samsung had won a contract from Reliance Jio for supplying 4G equipment. However, after the GST regime was introduced in 2017, the Korean company has been importing the equipment itself and selling it locally to Jio.

The DRI, however, claimed the RRHs are finished products and require no further manufacturing. Yet, in the bills under the scanner, Samsung declared the equipment in quantity of kilograms under ‘parts’.

The agency further alleged Samsung officials have been giving evasive replies and absurd answers during their statements. DRI had conducted searches on Samsung premises in Gurgaon and Mumbai. 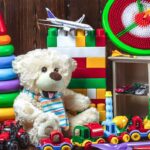 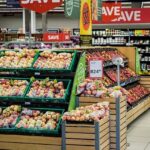