NEW DELHI : Following faster-than-expected growth, the hospitality sector in India is looking at rapidly adding managed hotels to its portfolio. Hotels under development, however, are unlikely to keep up with the increasing demand for hotel rooms, said hospitality consultants.

While hoteliers have put the pandemic blues behind them and are focussed on expansion in 2022, research by hospitality consultancy Hotelivate shows there are about 59,000 new rooms proposed across the country in the next five years. Of these, 72% or about 35,000 rooms are under active development, said the consultancy.

In 2020, only about 35,000 rooms were being developed. The active development number has gone up by at least 10% now when compared to 2020. The consultancy said it takes into account projects that can be eligible to become a “chain-scale” hotel.

“The demand for hotel rooms will outpace supply in the next five years. There is a shortage of supply of hotel rooms in India. We currently have about 150,000 branded hotel rooms. And with the projected upcoming supply of 35,000 rooms (which are being actively developed), just about 7,000 rooms are going to be added per year which is only a 4.5% growth in supply. Demand is certainly going to outpace this,” said Achin Khanna, managing partner, strategic advisory for Hotelivate.

“While this is good for the hospitality sector, both existing owners and new developers, the consumer may have to shell out more than they would like to for their hotel room,” Khanna added. He said the growth in supply is similar to what it was about three years ago but demand is far outpacing it.

Real estate professional services firm JLL’s Jaideep Dang who is the managing director of its hotels and hospitality group said as per the company’s count, about 25,000 rooms are expected to come up in the top 11 cities in India in the next five years.

According to the company’s research, the three big cities which will have no problem in getting additional supply absorbed over the next five years are Mumbai, Bengaluru and Hyderabad. 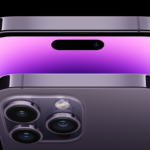