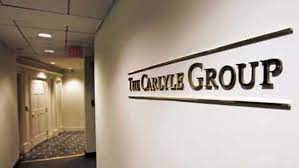 Global investment firm Carlyle (NASDAQ: CG) today announced that Amit Jain has joined the firm as a Managing Director based in Mumbai and Co-Head of the Carlyle India investment advisory team.

Mr. Jain’s appointment underscores Carlyle’s continuing commitment to India where the firm is doubling down on its presence in the region as it views India as one of the most attractive investment destinations globally. Since becoming one of the first international private equity firms to enter the region in 2005, Carlyle has invested and committed over $5.5 billion dollars in the country across 44 investments to date, building a leading market position.

Mr. Jain joins Carlyle after ten years at Blackstone, where most recently he served as a Senior Managing Director in its Private Equity Group, based in Mumbai. During his tenure there he was involved in investments in the consumer, healthcare, auto, telecom and packaging sectors as well as parts of financial services. At Carlyle, Mr. Jain will lead the investment advisory team and oversee the team’s investment strategy across a broad range of sectors. He will work with Mr. Neeraj Bharadwaj, who continues his role as Co-Head of the Carlyle India investment advisory team.

In addition, Neeraj Bharadwaj and Ling Yang, the current Head of Healthcare in China, have been appointed Co-Heads of Healthcare across Asia. Healthcare is one of Carlyle’s core sectors globally and remains an area of significant focus for Carlyle in Asia, where the firm has invested $2.8 billion over 15 years.

X.D. Yang, Managing Director and Chairman of Carlyle Asia, said: “I am delighted to announce these appointments which strengthen the Carlyle Asia Partners investment advisory platform. These individuals will play a major role in further building our leadership capabilities and deepening our focus in areas of strategic importance.”

Greg Zeluck, Managing Director and the Co-Head of Carlyle Asia, commented: “We are thrilled to welcome Amit to the firm for this important role in India, a country which we believe offers some of the most attractive investment opportunities globally. His appointment underscores our commitment to further build-out our local team at a time of sustained economic growth and the emergence of exciting new technologies and derivative business opportunities. I would also like to congratulate Neeraj and Ling, who take on further responsibility within Healthcare, an increasingly important core sector for Carlyle across Asia.”

Amit Jain said: “I am delighted to be joining Carlyle, which has a stellar reputation for helping Indian businesses grow and thrive both at home and overseas. Carlyle has exciting ambitions for further investment in India as well as globally, and I look forward to contributing to the firm’s continued development.”

At Blackstone, Mr. Jain served on a number of boards including EPL, Aakash Educational Services, Aakash Edutech, SONA BLW Precision Forgings, Comstar Automotive Technologies, FINO Payments Bank and CMS Infosystems. Prior to Blackstone, he worked at McKinsey & Company and started his career with Hindustan Unilever. He holds an MBA from the Indian School of Business and a B.Tech. in Mechanical Engineering from the Indian Institute of Technology (ITT), Kharagpur. 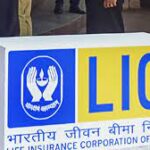 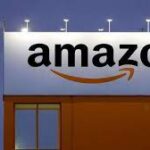