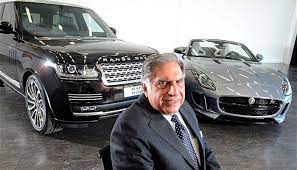 The Jaguar Land Rover parent reported a consolidated net loss of 9.45 billion Indian rupees ($115.95 million) for the quarter ended Sept. 30, compared with a loss of 44.42 billion rupees a year earlier.

Tata CV business registered a 15% growth in sales over Q2 FY22. For India business, domestic wholesales were at 93,651 vehicles (+19% yoy). However, exports were at 6,771 vehicles, lower by 22% affected by financial crisis in few export markets. Domestic retails grew at a higher rate as compared to wholesales (+23% yoy) The margin improvement was aided by higher volumes, realizations, although impacted by residual commodity inflation and foreign exchange.

Tata PV business continued its strong momentum with wholesales at 142,755 vehicles (+69% yoy and 10% qoq), amid strong festive demand and debottlenecking actions. EBIT margins improved by 200 bps YoY to 0.4% because of higher volumes, mix and improved realizations. However, margin recovery was impacted due to residual commodity inflation and adverse fx.

Demand continues to remain strong, however, will remain a key monitorable in wake of global uncertainties. Improving chip supply and cooling commodity prices will aid revenue and margins recovery and hence aim to deliver strong improvements in EBIT and free cash flows in H2 FY23.

Revenue was £5.3 billion in Q2 FY23, up 36% year-on-year from Q2 FY22 reflecting strong model mix and pricing with wholesale volumes (excluding China JV) of 75,307 up 17.6% year-on-year and 4.9% on the prior quarter. The wholesale increase was lower than planned, primarily due to a lower-than-expected supply of specialised chips from one supplier which could not be readily re-sourced in the quarter. The production ramp up of New Range Rover and New Range Rover Sport improved with 13,537 units wholesaled in the quarter, up from 5,790 in Q1 and helped mitigate this.

“Jaguar Land Rover is continuing to focus on signing long term partnership agreements with chip suppliers which is improving  visibility of future chip supply. Production and sales volumes are expected to improve with positive profit margins and cashflow expected in the second half of FY23 and free cashflow is expected to be near breakeven for the full financial year”, the company said in a BSE filing. Marks & Spencer India to speed up expansion amid global headwinds 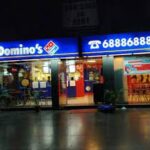