A diverse array of suitors have shown interest in Future Retail’s assets.

The bankrupt retail chain’s potential bidders include conglomerates such as Reliance Industries and the Adani Group, a steel maker, a firm linked to restaurant chain Copper Chimney and a UK-based convenience store operator, among others.

After a buyout deal with Reliance Industries fell through, the Bank of India referred the retail chain to the insolvency tribunal in April. The deadline to file expressions of interest (EoIs) was 3 November, and potential resolution applicants must submit resolution plans by 15 December.

As reported by Mint on Friday, a total of 16 EoIs were submitted, of which one was withdrawn, and two disqualified. Future Retail was admitted for insolvency proceedings in July and Vijaykumar V. Iyer was appointed the resolution professional.

There are 13 bidders eligible so far, according to the company’s website. A diverse range of Indian and international businesses are interested in Future Retail. For instance, one of the suitors, SNVK Hospitality and Management Pvt Ltd, is owned by Varun and Karan Kapur along with the Kapur Family trust. The Kapur family founded popular restaurant Copper Chimney in Mumbai in 1972.

Then there is, WH Smith Travel Ltd, which according to Bloomberg, operates as a convenience store. It sells newspapers, magazines, books, food products, and confectionery products for people on the move and serves clients in the United Kingdom.

A person aware of the Expression of Interest (EoI) told Mint on Thursday that “bankers will soon discuss these expressions of interest at a committee of creditors’ meeting.” Lenders may not be overly enthusiastic about the response due to the diversity of sectors these potential bidders belong to and wish to wait until concrete offers are received.

The other suitor, Bommidala Enterprises Pvt Ltd, part of the Bommidala group of Guntur, Andhra Pradesh, and according a report by rating agency Icra, is engaged in sale of cigarettes and cut rag tobacco blends targeted for export markets. The company sells under 60 own brands including Ruby, Winston and Lucky Gold.

Real estate players have shown interest as well. Shalimar Corp Ltd, a luxury property builder based in Lucknow, Uttar Pradesh has submitted an EoI. That apart, there is Payard Investments Pvt Ltd, an investment firm focused on investing in distressed assets, special situations and litigation financing in infrastructure, construction, and energy. However, Iyer said in the list cited earlier that Payard has submitted its expression of interest purportedly in a consortium with Gordon Brothers and further details are awaited.

Financial creditors or lenders have submitted claims of ₹21,451 crore from the company, of which ₹19,225 crore has been verified by the resolution professional as of 27 September.

According to the invitation for EoIs, Future Retail’s fixed assets largely comprise furniture and fixtures and leasehold improvements at various leased retail stores. As of the insolvency commencement date—20 July—Future Retail had access to 302 leased retail stores spread across 23 states and Union territories consisting of 30 large format stores and 272 small format stores.

Although the company was about to be taken over by Reliance Industries for ₹24,713 crore as per an announcement on 29 August 2020, the deal collapsed after Reliance lowered the proposed deal value, following which lenders rejected the offer in April. Future was also entangled in a legal battle with global ecommerce giant Amazon. 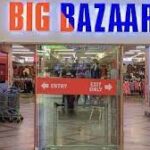 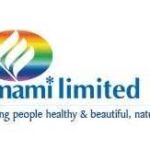