NEW DELHI: State-owned Oil and Natural Gas Corp. (ONGC) has reported a 30% year-on-year (YoY) fall in its September quarter net profit to ₹12,825.99 crore, primarily because of the levy of windfall tax by the government to take away gains arising from the spurt in international oil and gas prices.

The board of the company has approved an interim dividend of 135%, or ₹6.75, on each equity share of ₹5. The total payout will be ₹8,492 crore, majority of it going to the government.

The company said it has made six discoveries so far during the current fiscal in the KG basin acreage it holds. “Out of six discoveries notified till date during FY 2022-23, two discoveries viz. Mandapeta-60 and Kesanapalli West Deep-7 have already been monetized by ONGC,” according to the company statement.

A Maharatna company, ONGC is the largest crude oil and natural gas company in India, contributing around 71% to domestic production. It has in-house service capabilities in all areas of exploration and production of oil & gas and related oil-field services. The government held a 58.89% stake in ONGC as of September. 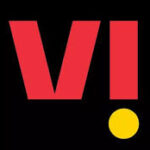