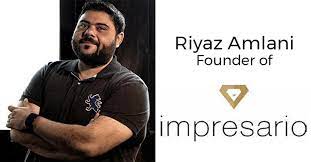 Impresario Entertainment and Hospitality Private Limited is a food and beverage (F&B) company that has received an investment of Rs 550 crores from India Resurgence Fund (IndiaRF), an India-focused investment vehicle supported by Piramal Enterprises Limited and Bain Capital. As a result, IndiaRF has taken over as Impresario’s largest stakeholder.

The company will use the funds to support Impresario’s further business growth. Managing Director of IndiaRF Shantanu Nalavadi said, “We plan to work alongside and augment the efforts of the management team by leveraging our deep operational engagement across multiple sectors. We believe that the next decade will see significant opportunities for Impresario as non-metro cities come up India’s aspirational curve and become major economic centers.”

Together with its co-investors, IndiaRF invests money from its $629 million inaugural fund in a variety of Indian market sectors through both debt and equity investments.

As India’s F&B sector becomes more organized, Impresario wants to expand its geographic footprint from 17 to more than 30 cities and double the number of its outlets.

L Catterton previously invested in the F&B company in 2017. It presently owns and operates brands like SOCIAL, Mocha, and Smoke House Deli. The five-year-old stake in Impresario held by the investment company supported by LVMH has now been sold.

As they continue to expand their footprint throughout India, the company is well-positioned for further success, according to Chinta Bhagat, a managing partner in L Catterton’s Asia fund.

“Impresario is a pioneer in India’s casual dining category, and we are happy to have contributed to its journey of redefining dining experiences across the country,” he said.

Riyaaz Amlani, Impresario’s founder and managing director, expressed excitement about building on the momentum the company has established while working with L. Catterton.

“While the journey through the pandemic was especially tough for the restaurant sector, we were able to not only sustain but also strengthen our business. As we now begin a new chapter with IndiaRF, we look forward to a fruitful collaboration, which we believe will propel Impresario to an exciting next stage of growth,” he added. 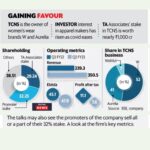 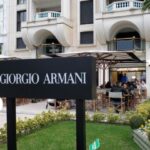