If plans fructify, this would be the private equity giant’s third REIT listing in India, following the Embassy REIT and the Mindspace REIT, which made their market debuts earlier.

“The e-filing of the DRHP (draft red herring prospectus) has been done with Sebi. The plan is to raise $500 million via the proposed IPO which will involve a $200 million primary component and a $300 million secondary component,” said one of the people mentioned above. He warned that the size may be upsized or downsized later based on market conditions.

A second person told Moneycontrol that Blackstone was targeting a valuation of $3 billion to $3.2 billion for the REIT, which will be called Nexus Select Trust, and the IPO was likely to be launched during Q1 2023.

Nexus Malls is the Indian retail portfolio arm of Blackstone and the REIT will also include assets from Delhi’s premium mall Select City Walk (which has the highest sales per sq foot in the country) and Bengaluru-based real estate developer Prestige Group.

“The promoters of Select City Walk and Prestige Group will be minority shareholders in the REIT while Blackstone is the majority shareholder. Post-COVID, one has seen a sharp uptick in mall sales, footfalls and occupancies and the total size of the REIT portfolio will be around 10 million square feet,” a third person told Moneycontrol.

In terms of scale and size, listed player Phoenix Mills would be a direct competitor to the Blackstone retail mall REIT and the former’s stock has risen by around 30 percent in the last six months, reflecting investor optimism in the segment.

All the four persons cited above spoke to Moneycontrol on condition of anonymity.

Blackstone and the investment banks could not be reached for an immediate comment.

To be sure, a REIT is a company that owns and operates income-producing properties or real estate. Modelled after mutual funds, REITs pool the capital of numerous investors and generate steady income for their investors. REITs own many types of commercial real estate, ranging from office and apartment buildings to warehouses, hospitals, shopping centres and hotels.

THE NEXUS STORY AND RETAIL RESURGENCE

Nexus Mall has Grade A retail space across locations ranging from Indore and Chandigarh to Bengaluru and Navi Mumbai. The firm, which is the largest mall operator in the country, has acquired 17 malls in 13 cities. During the pandemic, it clinched a $1.2 billion deal to acquire seven to eight ’Forum’ malls from the Prestige Group and was reportedly looking to also acquire Select Citywalk.

Dalip Sehgal, CEO, Nexus Malls told Fortune India in an interview dated September 6 that sales across the firm’s properties increased by 125 percent in the April-June quarter compared to the corresponding pre-COVID period of Q1FY20. “Growth is coming from both metros/large towns as well as tier two and three towns. Aspirationally, the smaller towns are no different from the larger towns. Our mall in Bhubaneswar has seen a growth of 150 percent over the pre-COVID period,” Sehgal said.Retail sales in Indian malls are set to grow at a compound annual growth rate (CAGR) of 29 percent in FY22-28 to touch $39 billion by FY28, according to real estate consultancy Knight Frank. In FY23, the firm expects retail sales in malls to surpass pre-COVID levels and hit $11 billion. 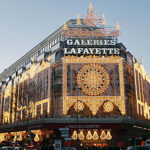 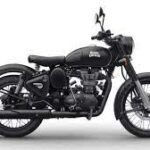