New Delhi: India’s online marketplaces will record a combined gross merchandise value (GMV) of over $350 billion by 2027, a joint report by Bain & Co. and Accel Partners said. In the process, they are also expected to create seven million jobs, serving 400-450 million online shoppers.

Marketplaces typically list a variety of sellers and allow consumers or businesses to buy goods or service. Currently, Amazon and Flipkart dominate India’s marketplace model, accounting for over $10 billion in GMV each; this trend is likely to continue in the future. However, several others in the business-to-business side as well as the online food delivery space are set to achieve scale over the next five years, as new users from the country’s smaller cities come online and favourable government policies help expand the market.

“The B2C product marketplaces are probably going to be the scaled ones. The 2022 GMV number for that (B2C marketplaces) is somewhere between $50-52 billion; we think that could scale to $150 billion in may be five years’ time. So, that’s definitely one area where we continue to see the largest marketplaces. Beyond that, there will also be some very interesting ones—B22 //B2B?// is one where we think there’s a lot of potential. That today is probably $10-11 billion of GMV, that could scale to a $50-55 billion number (by 2027). Food delivery GMV could get to $20-22 billion number,” Prabhav Kashyap, partner at Bain & Co.’s New Delhi office said.

The report pointed to upstream B2B, fintech, and shipping and logistics as some of the areas that pose significant headroom for growth for existing as well as emergence of new marketplaces. Additionally, the report said that the next wave of scale marketplaces could emerge in two major categories, those focused on smaller towns and cities and those engaged in cross-border activity.

Increasing consumer participation from tier-3 and beyond cities has resulted in the gradual adoption of innovative e-commerce models such as focus on voice or vernacular technologies or farm-focused agri-tech marketplaces. Meanwhile, a large addressable market, approximately $1 trillion exports by 2027, and favourable government initiatives present a tremendous opportunity for cross-border marketplace players, the report said.

As India’s market for e-commerce has grown, marketplaces have also seen significant traction, with investors in recent years.

While 2021 was a strong year for marketplaces as funding climbed to $16 billion (growing four times compared to 2018 funding), funding activity has, however, moderated in 2022 year-to-date, given tempering of 2021 highs, valuation corrections, and muted sentiments in global public markets, the report said. “Capital will naturally follow as long as there’s a good market and a good exit window for investors as well,” said Anand Daniel, partner at Accel India.

The report said that policymakers too have undertaken multiple initiatives to strengthen the marketplaces ecosystem. “The government e-marketplace was launched in 2016 to provide transparency in public procurement. Recently, the Open Network for Digital Commerce was introduced to enable platform-agnostic commerce. The Open Credit Enablement Network provides a framework to digitise the lending value chain, and a series of PLI schemes and free trade agreements (FTAs) were introduced to boost manufacturing and exports. 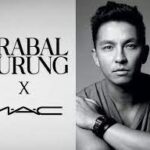 ‘2023 to be a major year for Indian explorers, regardless of ascend in expenses’ 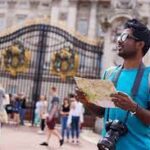