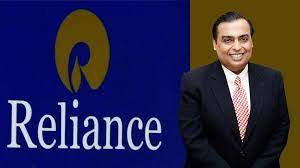 Reliance Retail’s acquisition of Metro Cash & Carry (Metro India) will strengthen the business-to-business presence of Reliance Industries (RIL) by improving its reach geographically and adding more customers, and will give a push to its new commerce initiative, analysts said.

The deal price, at `2,850 crore, is being seen as reasonable, given Metro India has been loss-making for the majority of its operations in India, and recorded slow growth in revenues and footprint over the last few years.

According to Motilal Oswal Research, Metro India’s FY22 revenues were Rs 7,000 crore and earnings before interest, tax, depreciation and amortisation (Ebitda) was `130 crore, with a net loss of Rs 50 crore. The deal has thus been done at a valuation of 0.4x of enterprise value to sales (EV/sales) and 22x of enterprise value to Ebitda. This is at a significantly better valuation compared to previous acquisitions in the grocery space at 1x of EV/sales, it said.

The report said it expects the deal to add 15% to the current B2B and grocery segment for RIL — already the largest organised retailer in the key segments of grocery, fashion and lifestyle, and consumer electronics.

The acquisition will also give RIL access to a large base of registered kiranas and other institutional customers, and a strong supplier network among others, JP Morgan said. Over the years, RIL has focused on the large kirana store ecosystem in India and the acquisition of Metro’s wholesale business is a positive, Motilal Oswal Research said.

Reliance has about 52 B2B ‘Reliance Market’ stores catering to kiranas and other institutional customers, and this acquisition will drive up its store count to 83.

Analysts also believe that the deal will strengthen RIL’s new commerce strategy. In August, Reliance Retail announced its foray into the FMCG sector and recently launched consumer goods brand ‘Independence’. Its past acquisitions of Just Dial and Dunzo, and now Metro India have been steps to get more integrated with its retail offering and expand its presence, especially in metros and tier 1 cities, where RIL has more room to raise penetration than its peers, Morgan Stanley said in a report.

Metro’s own brands like Aro, Fine Food, and Horeca Select will add to the FMCG business of RIL, which itself has its own list of private brands. While Metro was loss-making, RIL can turn the segment profitable through improved scale and synergies and efficiencies across supply chain networks, technology platforms, and sourcing capabilities, analysts said.

As of September, RIL’s retail business had crossed 50 million square feet in physical footprint and overall store count stood at 16,617, with the company continuing to add stores every quarter. Gross revenues in retail stood at `64,900 crore in the September quarter, and the number of employees stood at 400,000.

With a foray into the FMCG sector and recent acquisitions, analysts expect RIL to remain aggressive in its retail strategy. 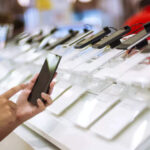